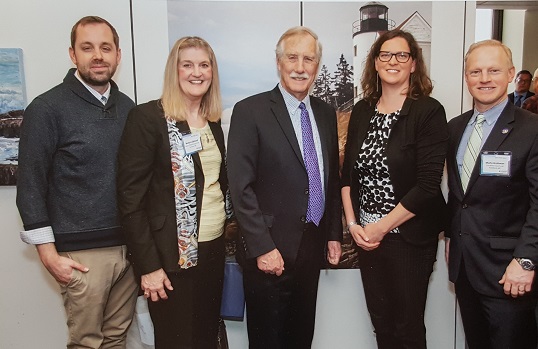 Portland, Maine - Four members of the MPC network journeyed to Washington, D.C. from March 11-13 to participate in the United Philanthropy Forum’s 2019 PolicyWorks Institute and Foundations on the Hill events, which annually bring hundreds of foundation leaders from across the country to meet with Congress and discuss issues of critical importance to philanthropy. 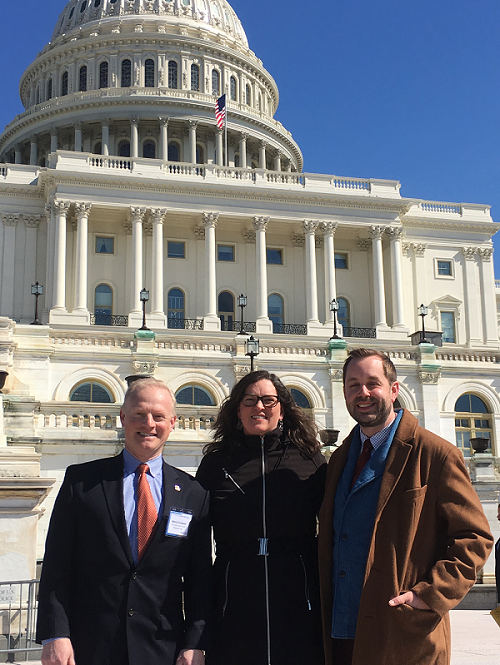 Jeb Murphy appreciated having “a huge variety of experiences—everything from one-on-one visits to coffees with large groups of people in attendance.” He found it valuable to meet colleagues from diverse organizations and hear perspectives he otherwise might not have, if he had not participated in the trip. Erin Cinelli, who had never been to The Hill or engaged in advocacy before, also reported that the time in Washington was productive. She found the event’s “Hill Visits 101” orientation sessions especially useful, because they offered concrete guidance about how to approach lawmakers. Erin noted how inspiring it was to learn that “other organizations like the Maine Philanthropy Center—and also issue-oriented funders—are deeply involved in advocacy and public policy work. It was great to hear that other funders are really engaging on issues, rather than shying away.”

A seasoned pro at Foundations on the Hill, Barbara Edmond commented upon how much advocacy-related momentum has built up over the last few years. In her words, “People [on The Hill] knew we were coming and treated us with a great deal of respect.” Of course, it didn’t hurt that MPC delegation members knew people in so many offices—which only reinforced Barbara’s belief that Maine is really “just a big small town.”

The networking may have been enjoyable, but the most important parts of the trip involved meeting with government officials. Members of Maine’s delegation to Foundations on the Hill emphasized several key messages in their visits with key legislators:

As he reviewed his 2019 PolicyWorks Institute and Foundations on the Hill experience, Marty Grohman took great pride in all that was accomplished. “The networking was unbelievable,” he said. “It’s fantastic to see that advocacy is becoming such an important focus for so many funders. It will be key for us to think about the long game and develop relationships that will allow us to engage in advocacy work over the long haul.”

Dear Maine Philanthropy Center Members and Partners, During times of crisis, the nonprofit and... END_OF_DOCUMENT_TOKEN_TO_BE_REPLACED

Greetings From Our New President and CEO

In which Jeannette Andre introduces herself to the MPC community. END_OF_DOCUMENT_TOKEN_TO_BE_REPLACED

Introducing our Next President and CEO