Each year, foundations and generous individuals provide millions of dollars of support to nonprofit organizations that strengthen the lives of Maine residents and their communities. As part of the Maine Philanthropy Center's commitment to promote philanthropy and increase its impact in Maine, we are proud to develop an annual snapshot of giving in our state.

In FY2017, there were more than 360 private and community foundations based in Maine. Those Maine foundations held more than $3 billion in assets and gave more than $180 million in charitable grants throughout the world.

The Role of Foundation Giving in Maine 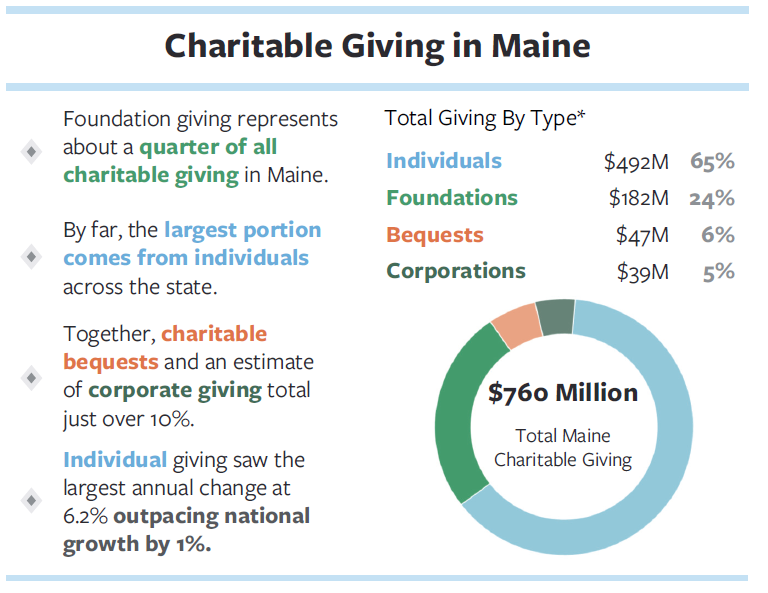 The Top 25 Most Active Maine Funders

Top 25 Foundations, by Total Giving in Maine (in millions)

But what about ... ? This list does not include foundations registered in other states, public charities that act like foundations (such as United Ways), or corporate giving that is not conveyed through a foundation.

Number and Size of Grants 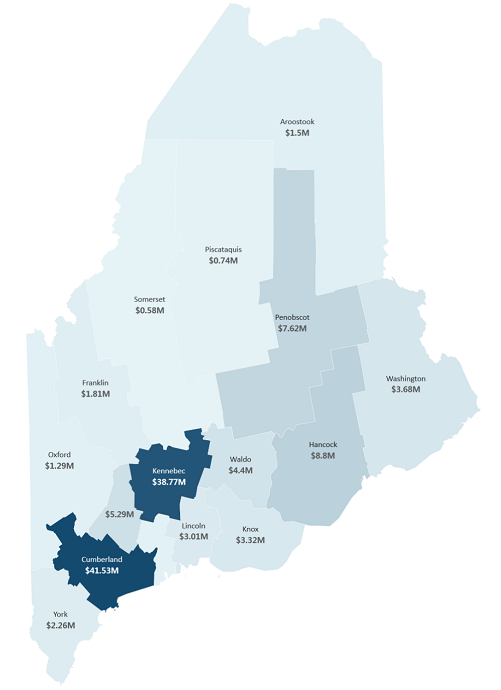 62% of funding went to recipients in two counties: Cumberland and Kennebec.

13% of funding was received in Penobscot and Hancock counties.

This data reflects the location of the recipient organization or individual and does not reveal the full picture of the areas ultimately impacted by grant dollars.

Download the 2019 report below. There are two versions of the document. The first is designed to be viewed electronically or printed on 8x11 paper. The second is designed to be printed double-sided on 11x17 paper. 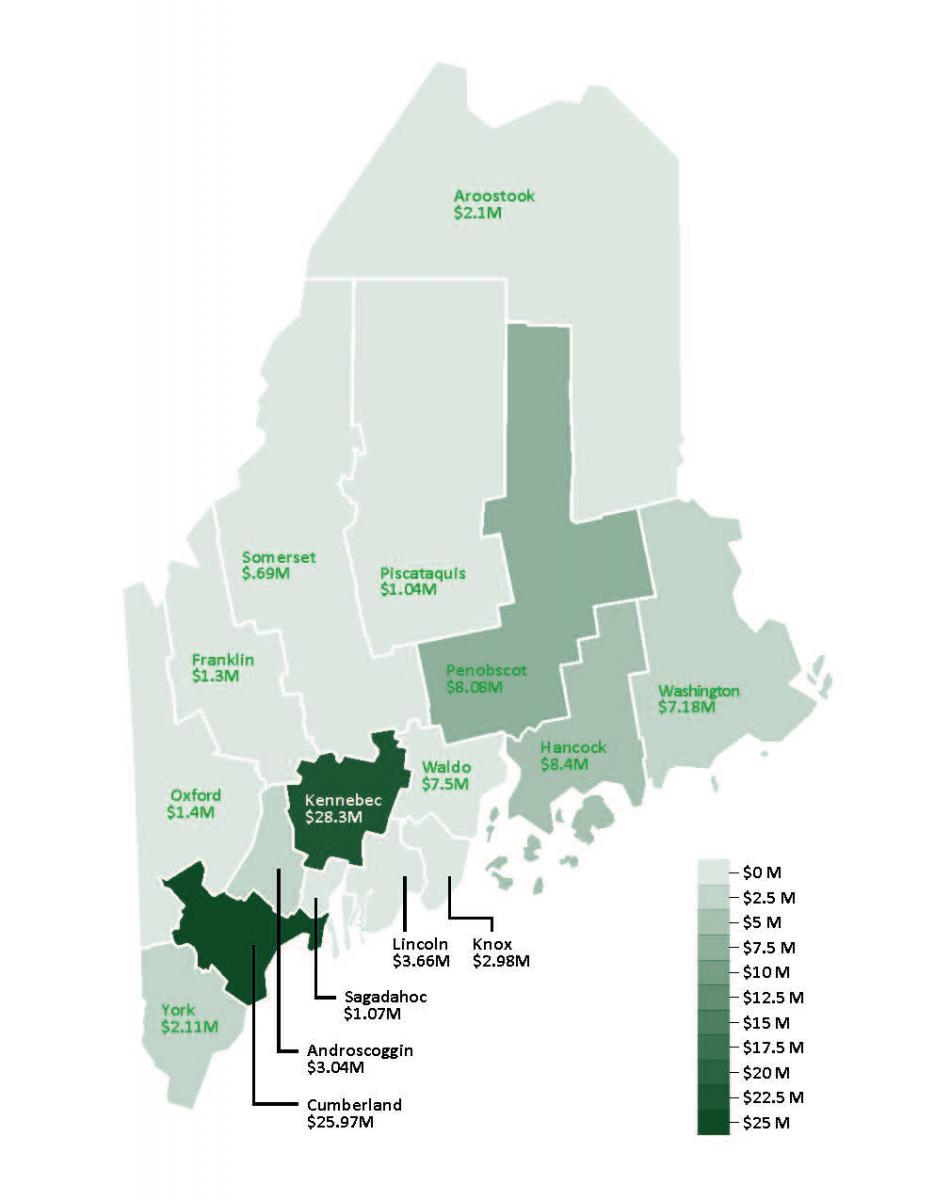