Kick off the 2018 Philanthropy Partners Conference with Portland Press Herald columnist Bill Nemitz, who will explore and celebrate the personal story’s power to inspire, mobilize and, every once in a while, effect positive and lasting change. 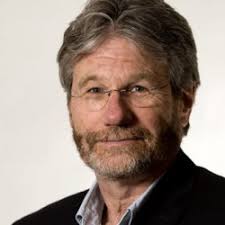 Presenter: Bill Nemitz, a journalist in Maine since 1977, began writing his Portland Press Herald column in 1995. His work has taken him to Iraq and Afghanistan to cover the conflicts there; to Belfast, Northern Ireland, for the 1998 referendum on the Good Friday Peace Accord; to Manhattan in the aftermath of the 9/11 terrorist attacks; to the Gulf Coast after Hurricane Katrina; and to Haiti following the 2010 earthquake. Nemitz is a past president of the Maine Press Association and for many years taught journalism at St. Joseph's College of Maine. He also has served on the boards of the Salt Institute for Documentary Studies and the Saco River Theatre. In 2004, the Maine Press Association named Nemitz its Maine Journalist of the Year. He received the Distinguished Service Award from the New England Newspaper Association in 2007 and was inducted into the Maine Press Association Hall of Fame in 2015. Nemitz lives in Buxton with his wife, Andrea. They have five children and two grandchildren.

Courage sessions will last 75 minutes and feature individuals and organizations who have used courage to overcome a challenge in their work to advance the common good. Presenters will encourage you to think about how you and your organization can become more courageous and less risk-averse. You will have the opportunity to attend one Courage Session.

Creativity sessions will last 25 minutes and take the form of a short 10-15 minute presentation, followed by discussion. Presenters will tell stories about when they or their organizations used creativity, innovation, or inventiveness to solve a problem. You will have the opportunity to attend 2 Creativity Sessions.

"It Takes a Community"

Towns and cities across Maine—and the nation—currently are addressing concerns about migration, equity, and economic development. In the late 1990s, the small coastal town of Milbridge experienced a rapid influx of Latinx farmworkers who decided to leave the “migrant stream” and settle in the Downeast region. An estimated 400 Latinx and immigrant residents now live, work, and participate in communities across the area, in addition to the many seasonal workers who contribute to Maine’s agricultural and seafood businesses statewide. This panel will explore how community members, nonprofits, funders, and government agencies collaborated to create an inclusive community by meeting basic needs, providing educational opportunities, building bridges of understanding, and standing for social justice and self­-determination. Close out your 2018 PPC experience with this inspiring story of community leadership, inclusion, and evolution.